Affiliate disclosure: As an Amazon Associate I earn from qualifying purchases. All opinions remain my own. You can learn more about our editorial policies here.

If you’re serious about getting six pack abs in four weeks, it’s going to take a lot of dedication and a willingness to disregard conventional wisdom. For healthy weight loss, the NHS recommends losing no more than 1kg per week. As well as lacking in ambition, that is built on shaky assumptions. For starters, it makes the erroneous assumption that physical activity isn’t on the agenda. Why? Second assumption is that weight loss can be done by decreasing calories. This, despite accumulating evidence that weight loss is not as straightforward as a calorie intake/output formula.

Furthermore, gaining six-pack abs has little to do with shedding pounds but rather a focus on fat loss. You can lose more than a pound of fat per week, and it’s the best method to show off your abs. In just eight weeks, clients at JDP Health and Fitness frequently notice significant weight loss. By managing portion sizes and regulating the hormones that influence blood sugar and hunger, this can be achieved. Additionally, we train our customers in a way that stimulates muscular growth, as well as creating a “metabolic disturbance” that keeps their metabolism—the body’s fat-burning mechanism—high for up to 36 hours after training.

In fact, you can eat more thanks to the metabolism change that comes from building new muscle tissue. This will support further lean tissue growth as well as ensuring the body doesn’t feel “starved” and hold on to fat.

A lot of people go carb-free or go on a Keto diet when trying to lose fat. This is a mistake – the body reacts badly to a low-carb diet after two or three weeks. First, your thyroid slows production of the cells responsible for metabolism, and second, there’s an increase in production of the hormone cortisol. As well as storing fat around the belly, this breaks down muscle tissue and causes insulin resistance, which all spells bad news for fat loss.

So, yes, it’s totally possible to see your abs in four weeks. If you’re overweight it’ll take longer, but the immediate changes should be dramatic enough to keep you going until a six-pack starts taking shape.

Here are some top tips to help you reach that goal.

A common misconception when it comes to building a six-pack is that it takes hours and hours of cardio time to burn off the excess fat found in the mid-section. In fact a quick ten-minute hit of HIIT (high-intensity interval training) can burn 150-250 calories quite easily and you only have to do it for a short period at the end of a workout, sparing you the mental anguish of a full hour’s cardio after strength training.

Try some of these quick cardio workouts on for size to assist on your path to get six pack abs in four weeks:

• Cycle with a high level of resistance for ten minutes.

• Jog or run at a high pace for ten minutes.

Over a period of four weeks this disciplined routine could help you cut 1-2% body fat, making a big difference for those on the brink of a fully visible six-pack.

As much as all the gym work is important, six-packs are achieved through nutrition more than anything. By replacing just one dense source of carbs such as bread or pasta from one meal everyday you could be cutting as many as 300 calories from your diet. Try replacing them with extra vegetables or lower-density carbs like wholemeal pasta and you’ll start shedding fat quicker. Over a period of four weeks, just following this one tip could help you lose up to 1.5kg. Take some time to learn about top foods for building muscle to make sure your nutrition is in balance with your workout.

Train your Calves, Forearms and Abs together

This does sound like a random grouping of muscles to be training together, but there is a method to the madness. Naturally most guys at the gym want to go for the big boy lifts – benching, squatting etc – but when you’re planning to include an abs workout too, they tire you out to the point where you probably won’t want to bother. To remedy this, why not try one session a week for your calves, abs and forearms? Training all these body parts together will make sure that you’re attacking them with full intensity. It’s not necessary to dedicate a whole workout to just abs, so adding these smaller muscle groups to the workout will ensure that you don’t get too tired and get a good workout for your six-pack abs.

Drink a Litre of Water When You Wake Up

When you’re putting on muscle or shedding fat, keeping hydrated is integral. You’re never more dehydrated than when you wake up in the morning so if you immediately hydrate yourself you’ll kick-start your body’s metabolism much quicker, potentially getting an extra hour or so of optimal metabolic function going each day.

Naturally it’s wise to keep this up throughout the day. A well-hydrated individual will always have noticeably less body fat than a chronically dehydrated person.

While following these tips does not guarantee you to Get Six Pack Abs in Four Weeks, it will help get you on your way.

John - March 2, 2022 0
Take your cardio to the next level while breaking up monotonous treadmill routines by incorporating the HIIT Treadmill Workout.

The Pros and Cons of Pre-Workout for Athletes

9 Natural Ways to Bulk Up and Get Gains

John - March 4, 2022 0
Follow this list of natural ways to bulk up to see max gains without losing your sanity around wondering why you are not gaining weight.

John - February 20, 2022 0
Get huge gains in a short time by following this simple 3 Day A Week Full-body Workout Routine.

John - March 10, 2022 0
We'll review the best low caffeine pre workout supplements on the market. Looking for something affordable or organic, we've got you covered.
Advertisement 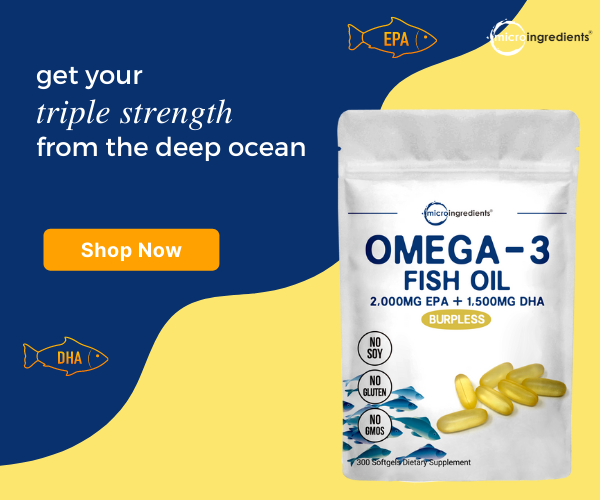 John - August 22, 2022 0
Strengthen and define your chest muscles with this simple Pec Exercise Routine. This routine can be done at home or in the gym with minimal equipment.

7 Best Hamstring Bodyweight Exercises You Can Do At Home

John - August 11, 2022 0
Find the best hamstring bodyweight exercises to build strength and improve flexibility with this list of 7 exercises.

John - August 2, 2022 0
Bodyweight exercises to build chest muscle are a great way to workout without weights. Adding these exercises can help build a bigger and stronger chest.

The Best Kettlebell Exercises for Abs – How to Do Them Right

John - July 20, 2022 0
The best kettlebell exercises for abs will help you build core strength. A great way to add intensity and variety to your abdominal workout routine.

ABOUT US
At JDP Fitness, we focus on strengthening your whole being, mind and body. We offer an extensive range of guides, tutorials and tips, from weight-lifting and aerial yoga to golf fitness and meditation training.
FOLLOW US
© Copyright 2022 - JDP Fitness
We use cookies on our website to give you the most relevant experience by remembering your preferences and repeat visits. By clicking “Accept”, you consent to the use of ALL the cookies.
Do not sell my personal information.
Cookie SettingsAccept
Manage consent

This website uses cookies to improve your experience while you navigate through the website. Out of these, the cookies that are categorized as necessary are stored on your browser as they are essential for the working of basic functionalities of the website. We also use third-party cookies that help us analyze and understand how you use this website. These cookies will be stored in your browser only with your consent. You also have the option to opt-out of these cookies. But opting out of some of these cookies may affect your browsing experience.
Necessary Always Enabled
Necessary cookies are absolutely essential for the website to function properly. These cookies ensure basic functionalities and security features of the website, anonymously.
Functional
Functional cookies help to perform certain functionalities like sharing the content of the website on social media platforms, collect feedbacks, and other third-party features.
Performance
Performance cookies are used to understand and analyze the key performance indexes of the website which helps in delivering a better user experience for the visitors.
Analytics
Analytical cookies are used to understand how visitors interact with the website. These cookies help provide information on metrics the number of visitors, bounce rate, traffic source, etc.
Advertisement
Advertisement cookies are used to provide visitors with relevant ads and marketing campaigns. These cookies track visitors across websites and collect information to provide customized ads.
Others
Other uncategorized cookies are those that are being analyzed and have not been classified into a category as yet.
SAVE & ACCEPT